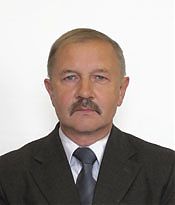 In 1976 he graduated from the Leningrad Civil Engineering Institute with a degree in Bridges and Tunnels.

1989–1992 - head of the design team of the Lengiprotransmost Institute (now Transmost JSC);

since 2018 – chief engineer of Transmost JSC.